At 3.00am on 21 April, 29 Year 13 students and their teachers set off to Geneva to visit CERN, the European Organization for Nuclear Research

On arrival, we were able to view an array of artefacts which were involved in key discoveries in Particle Physics (such as the Garamelle Chamber) or traced the development of equipment used in the ever more powerful experiments to explore the fundamental nature of matter and to explore the interactions that govern the behaviour of matter.  We enjoyed interactive displays explaining the process of production and acceleration of protons and the detection of the particles produced when the protons collide.   We were also able to see the first World Wide Web server and the letter written by Tim Berners-Lee to his supervisor at CERN, outlining his idea for the World Wide Web.

After having lunch and enjoying the brilliant sunshine at the CERN restaurant, we were given a talk by a very experienced particle Physicist on the role of CERN in the world and the Physics of the collider’s work. Then we had a very unusual three and a half hour tour of CERN.

It is not often that tours can go underground at CERN, but we were able to see the Compact Muon Solenoid (CMS), which involved driving 9km across the site and enjoying great views of the Matterhorn on the way (giving an idea of the scale of the site), then going around 100m underground to look at the CMS detector.  The detector is immense – 21.6m long, 15m in diameter and weighing the same as two Eiffel Towers (14 000 tonnes).  Whilst on the surface at CMS we were able to see, amongst many other things, some of the magnets used to bend and focus the beams of protons used in the experiments.  Again, this was very unusual, as these are normally not accessible on tours

Afterwards, we had a few moments to relax in the sun again, before heading back to the airport, where we had dinner, toured the (really rather expensive) shops and flew home, arriving back at TWGSB at 1.30am.

Although there were some reservations about the wisdom of a day trip to CERN, The enthusiastic engagement with and praise for, the experience by the students was tremendously rewarding. 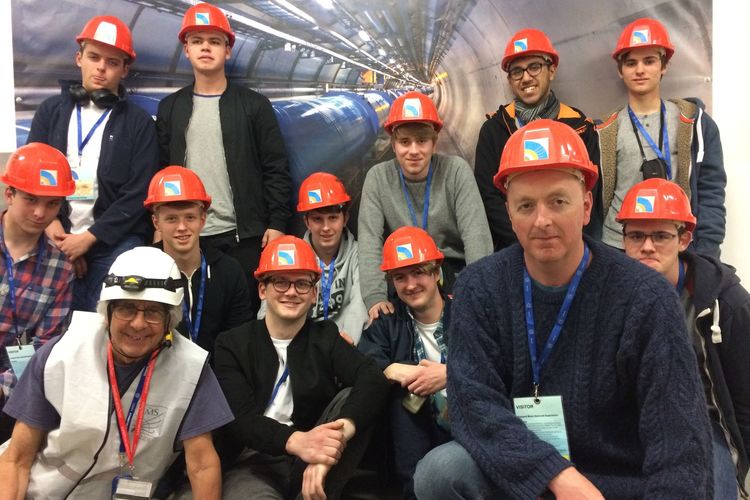 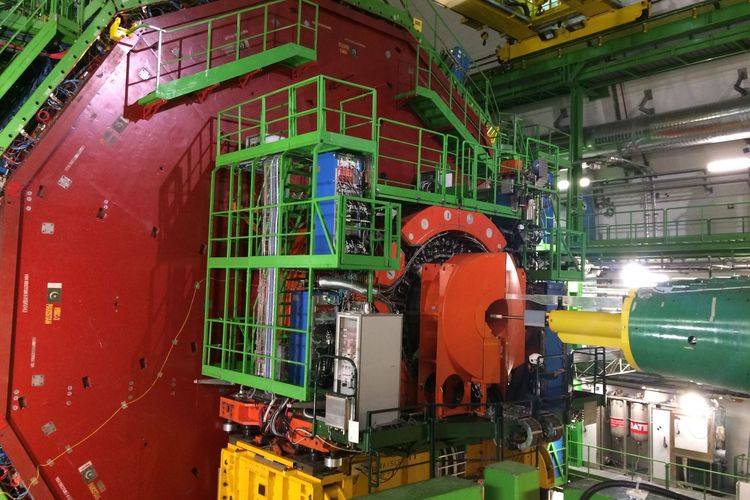