Sixth Formers have been running science workshops for their younger peers.

The workshop topic was 'Forces' which the boys study at KS3 and KS4. The experiments included the following:

Marshmallow: pump reduces air pressure around the sweet.  Air contained inside the sweet expands, so it gets bigger.  When the air is re-admitted to the bottle, the pressure on the sweet returns to atmospheric pressure, causing the sweet to be compressed again.

Slinky:  The forces on the suspended object are balanced at the start, due to the tension in the spring equalling the weight of the object.  Even when the slinky is released, there is still tension at the bottom, to begin with.  Once the slinky coils at the bottom, begin to come together, the tension is reduced, so there is an unbalanced force downwards, accelerating the object toward the ground.  So, initially, when the slinky is released, the object remains stationary! 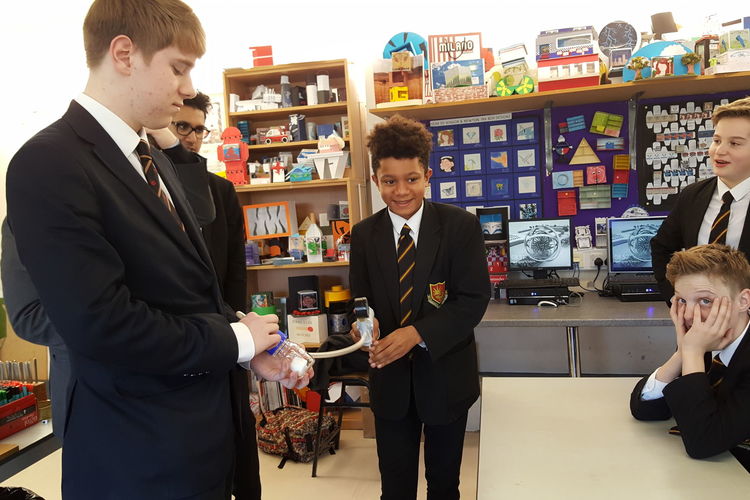