Imran was awarded 1st place in the U14 (+50kgs category) of the Kudo World Cup in Mumbai in February.

Kudo has its origins in Kakuto Karate (Combat Karate), but It is not just a mixed fighting with emphasis on competition side. It is a life-long sport, system for youth education, method of self-defence and health maintenance for adults. Along with this elements it stresses the "Reigi" or respect and etiquette in its tradition. In this sense it is a "Modern Budo" that has already spread in more then 60 countries around the world.

On Tuesday, Mr Douse, Head of Year 9 showed the year group a video of Imran's fight and the boys were invited to ask Imran questions about his sport.

Imran has been entered in to two more competition: 8th April which will be K1 Open Kickboxing and at the end of April, Kudo European Title Championship in Italy. 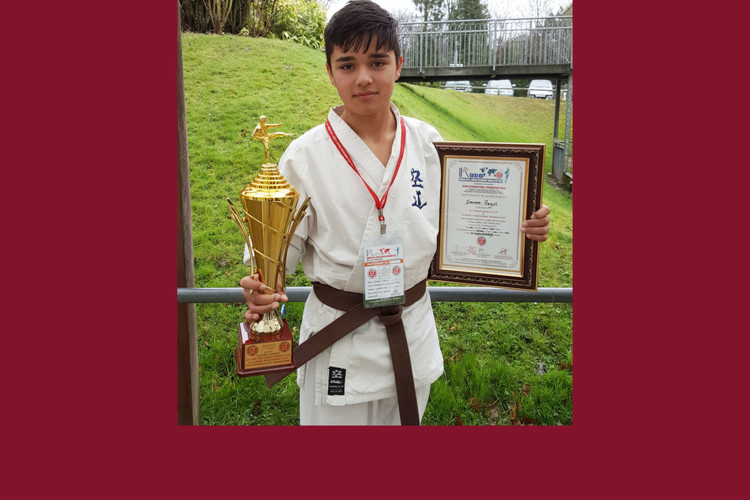