The Tunbridge Wells Grammar School for Boys U’16 Football team has reached the Final of the Kent Cup. This is an excellent achievement as 67 teams entered from across Kent. The Final will be played against Harvey GS from Folkestone on Monday 20th March at K Sports in Ditton near Maidstone with a 7.30pm kick-off. The team, which is coached by Bob Price, received a bye in Round 1 and then recorded a 5-2 win away at Charles Darwin School in Biggin Hill. A 2-0 win followed against Hayesbrook in Round 3 before a 6-2 victory away at Leigh Academy near Dartford in Round 4. In the Quarter-Final at home on the 3G pitch the team produced an excellent performance to defeat Norton Knatchbull from Ashford 5-2. For the Semi-Final the team travelled to Dover GS and won an exciting match 2-1 after extra time. TWGSB previously won this competition in 2008-09 and again in 2010-11.

Some of the current squad have also gained experience playing for the TWGSB U’18 1st XI, which won the Kent Premier League this season. Striker Louis Collins has captained the Kent FA U’16 team this season, whilst Captain Ewen Jeffery played for Kent Schools last season. Year 10 student Jack Gallagher has played regularly this season for the Kent Schools U’15 team and recently scored a hat-trick in a 6-4 win against Brighton & Hove Albion at their impressive training ground in Lancing.

Tickets for the Kent Cup Final must be purchased in advance from Mr Menzies at TWGSB £5 Adults, £3 Students. 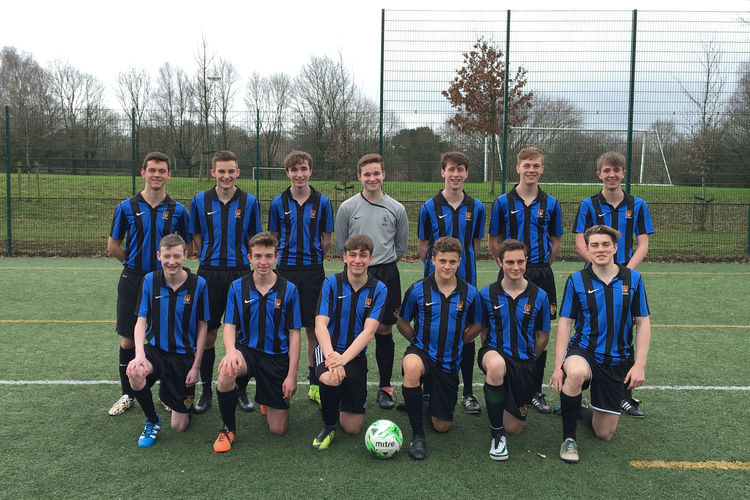