In English, 7D are enjoying their studies of Chaucer's Canterbury Tales. Taking on the role of a specific pilgrim for their Speaking and Listening assessment Daniel Claydon (as the Cook) went the extra mile and took away the recipe for a 14th Century Pie making it with all the correct ingredients. The rest of the class and the English Department teachers were very impressed, and needless to say there was none left at the end of the day!

A Medieval Recipe by Guillaume Tirel-Taillevent for a tarte aux pommes, circa 1375.

Sift the flour with salt. Add the butter and lard. Rub in the mixture until it is crumbly. Stir in water to soften the pastry. It should not be sticky. Knead it until smooth. Wrap and leave for 30 mins. 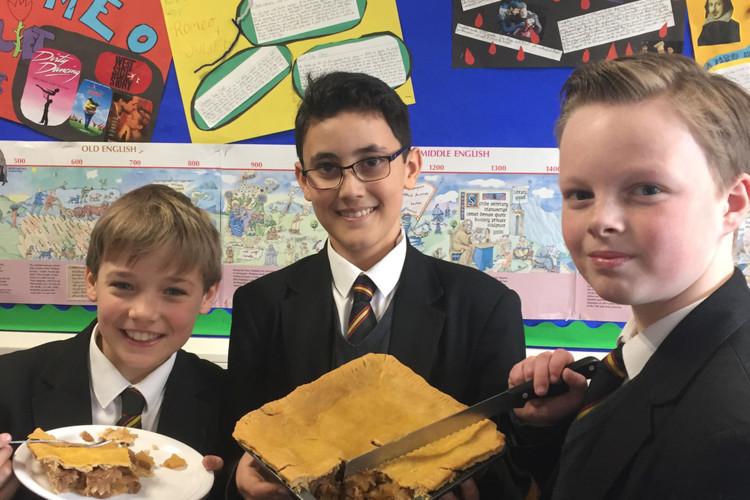