Year 7 Football team to play in a Kent Cup Final

TWGSB Year 7 Football team beat Harvey Grammar School 6-0 on Saturday 4th February to go through to the final of the Kent Cup.

Congratulations to the U12 A Team football squad who have reached the Final of the Kent Cup after convincing victories against QES 8-2 in the quarter-Final and Harvey G.S 6-0 in the semi-final. This is the most successful Year 7 team the school has had for many years and as coach I am very proud of their achievements in an amazing first season for the squad. Their work-rate, commitment, teamwork and attitude has been exceptional.

693 teams entered the National Cup. After impressive victories over Little Ilford, Carsholton, Dorothy Stringer, Whitgift and Cardinal Newman our National Cup run came to an end in the last 16 when we were narrowly defeated 2-1 by a strong Riddlesdown Collegiate squad. Riddlesdown boasted three academy players in their team including a very powerful centre forward who scored one of their goals. Despite this, we matched them in the game and had we taken a few more clear cut opportunities to add to the one goal by Dylan Bran we could have gone on to win.

The Final will be Friday 24th February at the Gallagher Stadium which is the Maidstone Utd ground and is a 8.30p.m k.o. Tickets for spectators will be on sale from Friday 10th February at Lunchtime in the Foyer near the main hall . Prices are £5 for adults and £3 for children. Entry to the ground is not possible without a ticket. Please come and support the boys. They deserve it! 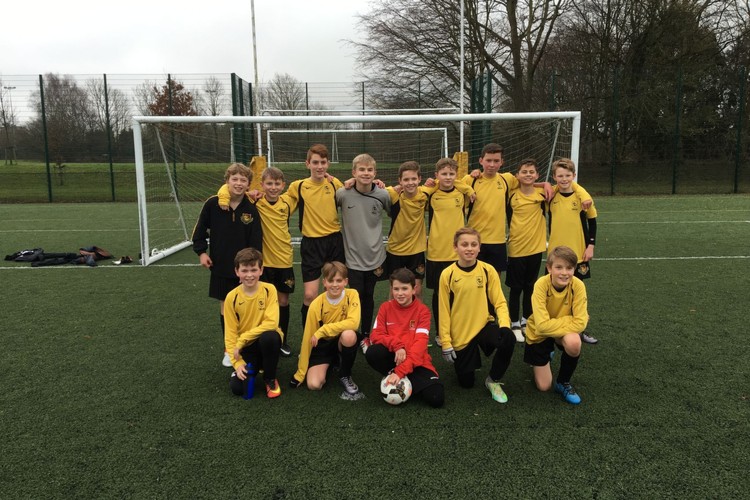