The Sevenoaks campus of the Tunbridge Wells Grammar School for Boys was officially opened by Roger Gough, Leader of KCC and Dr Philip Drew, Chair of Governors, last Wednesday, 26th January at an event that featured special guests and a performance by the students. 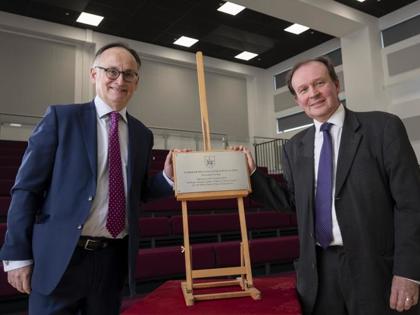 Headteacher Amanda Simpson welcomed an audience including Sarah and Andrew Shilling and Ed Walker, the parents who first raised the call for a grammar school to serve the Sevenoaks area, Sir Paul Carter former leader of KCC and Sir Michael Fallon former Sevenoaks MP who were key drivers of the initial campaign.
Roger Gough addressed the room with a speech that celebrated ‘the brave and committed people who first saw the need and were willing to engage with the campaign’. He then said ‘I salute the school’s courage and achievement in opening this campus, TWGSB is deeply committed to the students they represent.’ He recognised the Year 7 students as the pioneers who would be able to make the most of the new facility, which would challenge and stretch them in their education and hoped they would remember the day as something important that they could celebrate.

Dr Philip Drew, the school’s Chair of Governors, spoke of the importance of education, without which nothing else gets done. He said ‘It is education that informs and provides the ability for our young people to apply critical judgement, to make sense of what they hear and to constructively challenge. Education exposes us to new experiences and people that help us to be constructive global citizens who make a valuable contribution to society.’ He went on to add that ‘Education isn’t wholly or even mainly about buildings, but about staff, students, parents and the wider community working together and with courage, determination and a can-do attitude we are going to build something very special for the people of Sevenoaks, West Kent and society more generally.’

Laura Trott, MP for Sevenoaks, recognised the extra-ordinary achievement in completing the new long-awaited campus, observing how hard people had worked to deliver the project for the local community. She said ‘This new campus increases the choice to parents in Sevenoaks and means that students don’t have to travel so far to get to school. It shows that politics done right can make a difference, it just takes guts and determination.’ 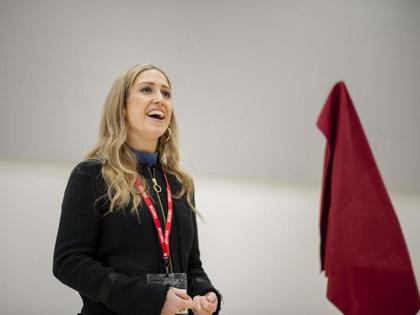 The formalities were ended with a heartfelt performance of ‘How big could a thank-you be?’ by Class 7J students, which was gratefully appreciated by the audience.
The event concluded with a tour of the new £15m site in Seal Hollow Road. Its teaching facilities include specialist spaces for science, art and design, music, IT and food technology, plus a new performance hall, a library, dining space and plans for an all-weather sports pitch. 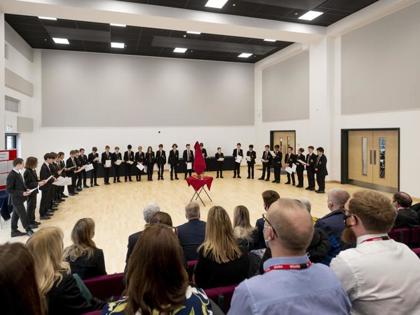 The project for grammar school provision in Sevenoaks was initiated by a petition, signed in 2012 by more than 2,500 people and presented to KCC. Before the campus opened, first with Weald of Kent in 2017, Sevenoaks had been the only sizeable town in Kent without grammar school provision. Shellina Prendergast, KCC’s Cabinet Member for Education and Skills, said: ‘I am delighted to see the outcome of this initiative. KCC fought hard in support of the expansion, secured the funding and oversaw the project, liaising with two other schools to make the most of the site. Sevenoaks at last has the grammar school provision the town desperately needed.’