Headteacher's End of Term Newsletter May 2019

Although it has been a short term, it has, once again been, extremely busy. We have seen the year 11 and 13s go on their study leave prior to the start of their formal examinations. It was particularly moving to celebrate their time at the school and their achievements in their final assemblies and to wish them all the very best in their exams. The year 13s followed this by dancing the night away at the Prom before returning to their books to revise! I am pleased to see so many of the students from years 11 and 13 coming into school to continue to attend lessons and revision sessions. Students in years 10 and 12 have had mock exams this term and staff have been giving them extensive feedback in lessons to encourage reflection, support their learning and set personalised targets.

I am delighted that our students display their talents in a wide range of ways. We are incredibly proud of our year 8 football and year 10 futsal teams who both reached national finals under the expert guidance of Mr Menzies. The teams were up against strong opponents but relished the opportunities and showed themselves to be true sportsmen. Year 10 and 12 students have also shown themselves to be excellent ambassadors for the school – the year 10s on their trip to PWC in London, whilst the year 12 Young Enterprise team are taking their entrepreneurial flair to the South East regional final.

I am pleased to report that the school expansion is on track to start in July. Three companies are in the process of tendering for the build and we will know the results of that after half term. Meanwhile, it has been exciting to work with architects on proposals for the New Sixth Form build as our capital fundraising campaign goes from strength to strength. Please do come to the parental receptions so we can share our plans with you for a Sixth Form building to rival any!

I thank you all for your continued support and wish you  a restful break,

You may have heard that our Year 8B football team reached the National Cup Final - a fantastic achievement and a first for the school. The final was played at West Bromwich Albion FC. Mr Menzies also arranged for 61 Year 8 student supporters to travel with the team to watch the game. They were up against a very strong opposition and despite a convincing second half, lost 4-3. However, what an experience for the team and a wonderful day out for their supporters. The boys were brilliant - both players and supporters. The game was shown live in school to the students who were not able to go to the game. 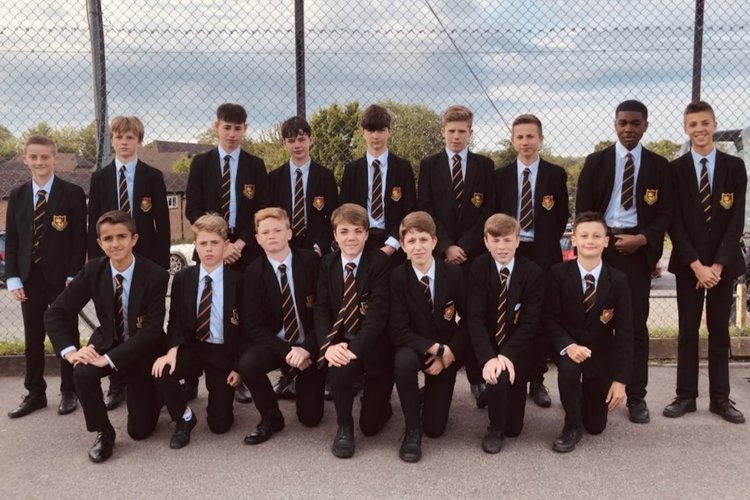 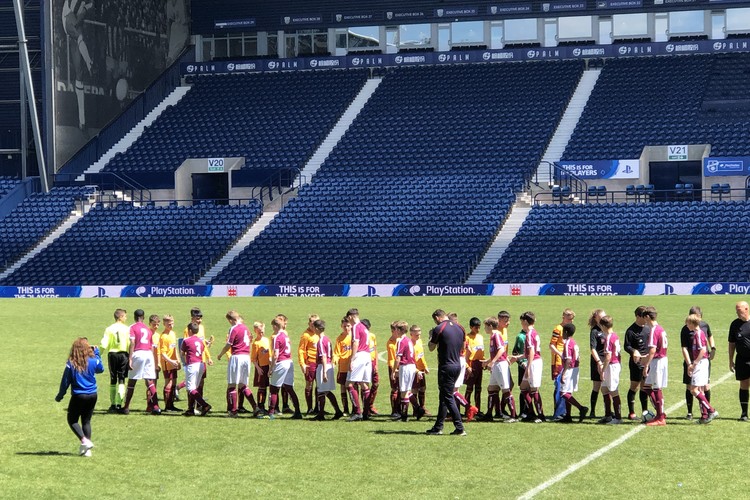 It was with very mixed emotions that we held our final Assembly for Year 13 on Wednesday. It was a great opportunity to present our cheque for £6,400 pounds to Carolyn Steer and Nickey Price of the local charity Jigsaw which supports bereaved children. They were delighted and inspired by all the effort which had gone in to raising such a phenomenal  sum by our students. A rousing rendition of a Beatles classic got the proceedings off to a joyful but rather emotional start. House Captains, Senior Prefects, deputy Head students Ben Austin and Sam Barker  were all  acknowledged for their outstanding contributions to our school community. Ed Shamwama and Alice Rowley accepted accolades for their superb  contributions as  Head Boy and (First Ever) Head Girl. Form Tutors delivered heartfelt goodbyes to their form groups. Two highlights were the staff video directed and filmed by Ms Calvert and a moving montage of the students from Year 7 onwards (scroll down for the link). We wish all of our students a happy, healthy  future and great success in the upcoming exam season and beyond. 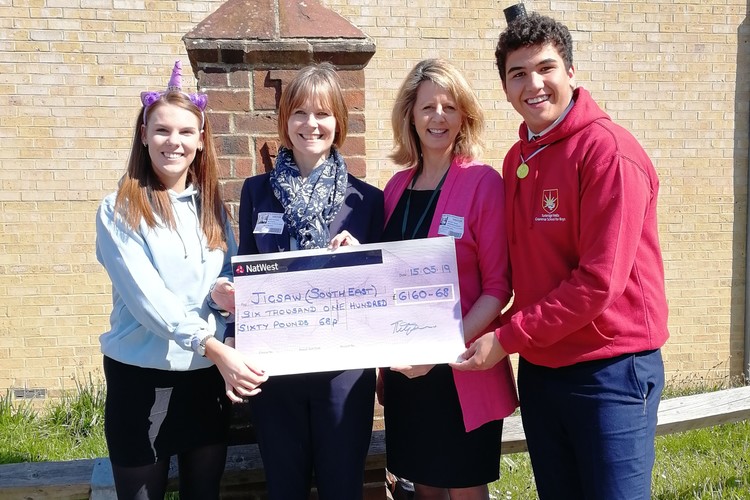 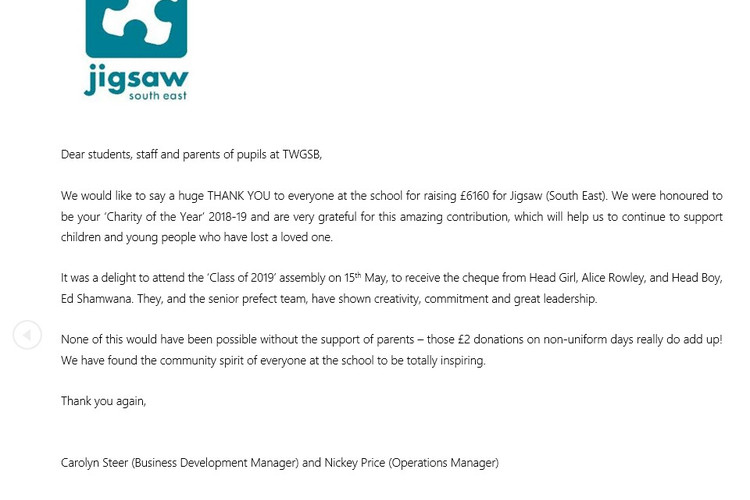 We are holding two receptions in June, on the 13th and 26th.  Parents from year 7, year 8 and year 9 have been invited to these receptions.  Please could you send your acceptance back to me as soon as possible.  It is such an exciting project to be working on and one that each of the students at the school deserve. The build is due to commence in 2020, providing the fundraising target is met, which means students in the current year 10 and down will all benefit from the new Sixth Form centre. Please do attend a reception if you are able to so that we can share the plans and aspirations. Let’s give these students a Sixth Form to aspire to.

Finally if you have any alumni connections to the school, please could you let the campaign office know so that we can begin to build a solid alumni relationship.

I wish you all a wonderful half term, and look forward to meeting you at a reception soon.  Keep an eye out for your reception invitation!

7F and 7C visited Romshed Farm in Hildenborough as part of their ‘Farming and Food’ studies in Geography. Students saw first-hand the benefits and challenges of organic farming practices. They explored the importance of soil management and its integral role in ensuring sustainable food supplies and mitigating against climate change. 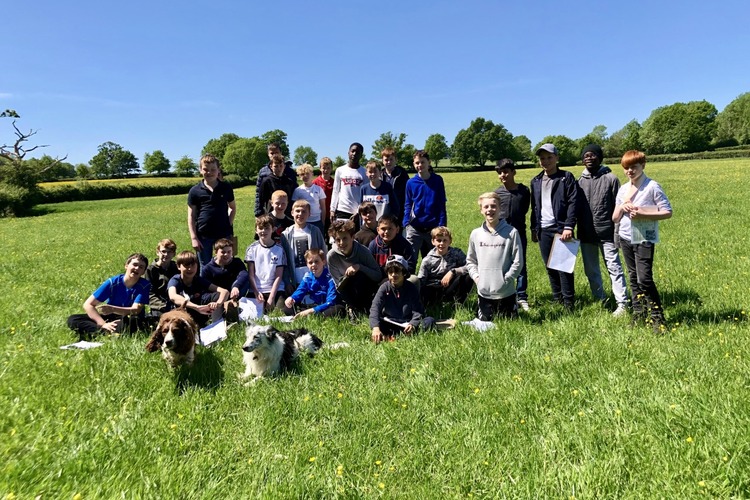 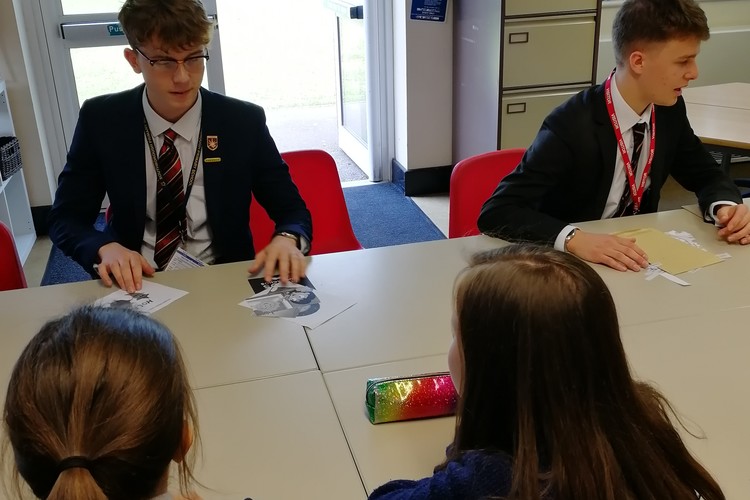 Students have been learning famous Shakespearean speeches and most groups have selected their two best performers to perform for us. Mr Wolstenholme and Mrs Burns chose the winners. The session started off with a quiz about Shakespeare (heads and tails). 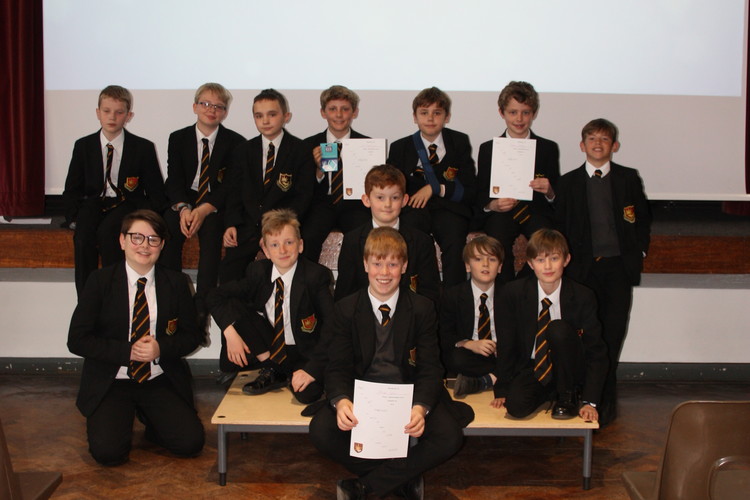 The Business and Economics department would like thank Philip Drew, our Chair of Governors, and Lindy Estlin, The Lady Mayoress of the City of London for their invitation to a special business school event.

Year 10 students were given an amazing insight into the inner workings of the City, where they joined pupils from the City of London Academy Southwark, for a tour of PWC More London, The Mansion House and The Guildhall. All students also took park in a ‘Dragon’s Den’ style competition to come up with the best business plan for a new product.  This was then pitched to a panel, including The Lady Mayoress, Philip Drew and professionals from PWC. The winning team received certificates and gift vouchers.

The day was a great success with students experiencing the workings of a modern City office environment with perhaps a view to working in The City in future themselves. 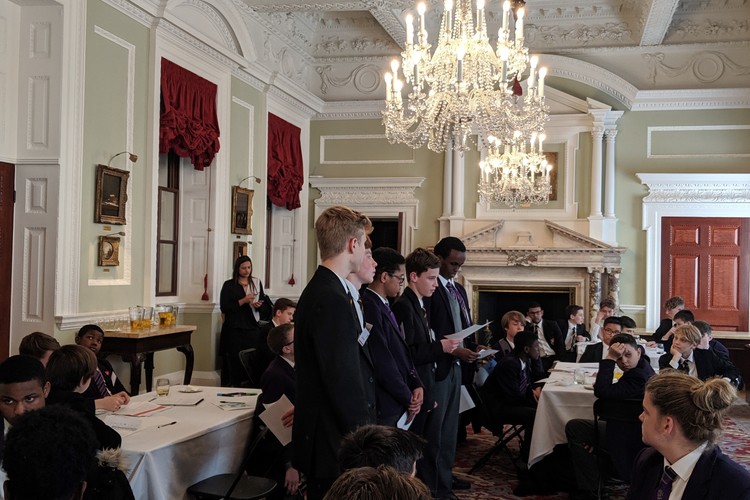 Congratulations to the Year 7 Athletics team who qualified to represent West Kent at the Kent Youth Games in June, having come first in the area at the qualifying round at Tonbridge School. The numbers attending Tuesday and Thursday lunchtime practices have been excellent.

The next West Kent Athletics Event is at Hugh Christie School on Wednesday 5th June.

Year 7 beat St Olaves in the first inter-school cricket match and are due to play Judd on Friday 24th May. Year 8 beat BETHS in the first round of the Kent Cup and are playing Schools of Somerhill in the second round on Wednesday 22nd May.

Year 9 lost to Tonbridge School and are playing in the 20/20 cup after half term.

Year 10 beat Norton Knatchbull school in the Kent Cup and will be playing in the second round after half term.

Please ask your child to check he has all the necessary PE kit he needs for every P.E lesson, including white socks! 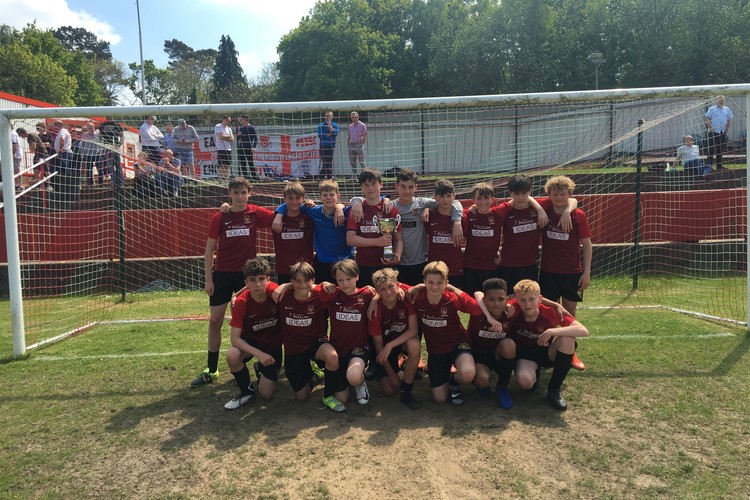 Here are some photos of our Y10 Futsal team at the National Football Centre (St George's Park) on Friday. They reached the National Finals. Sadly they lost in a best of 3 penalty shootout. However, we hope that they are as proud of themselves as we are of them! 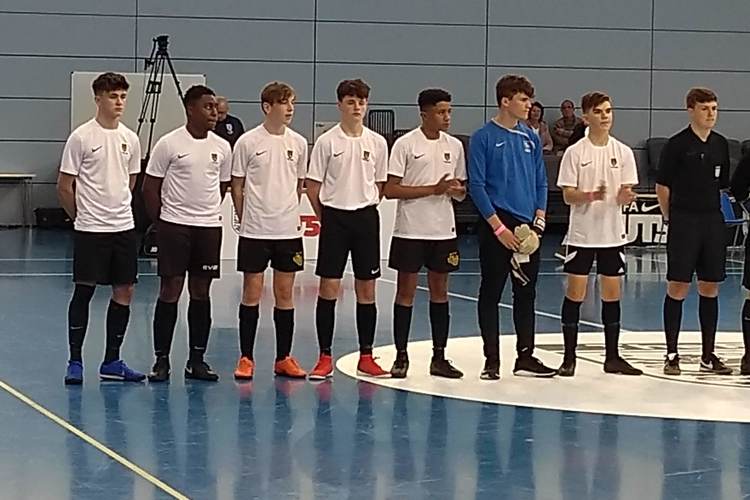 We are delighted to say that the TWGSB Young Enterprise team won best video advert, best presentation and were overall runners up in the Kent Final in Maidstone this evening. This means the team will go on to represent Kent in the South East Regional final on 5th June. 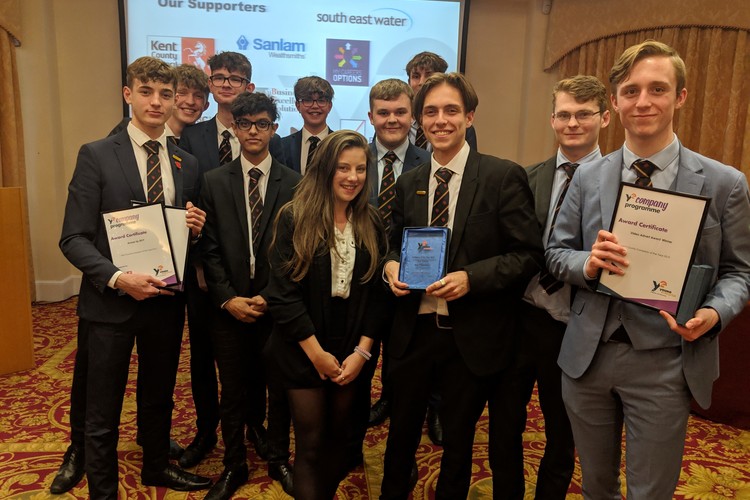 and we leave you with a few photos from their last day and Prom.